Greece has been a significant crossroad for civilizations over the centuries.

And most of them left their mark on the land, adding to the fantastic natural beauty of the Greek landscape. During the Medieval times and the Byzantine period, Greece was occupied by Francs, Ottomans, and Venetians. These cultures profoundly influenced the country and its people, while leaving behind their trademark structure. Castles!

Castles, fortresses and castle cities can be found in almost every corner of Greece. Some of them are well-preserved while others lie in ruins. Greece features over 800 such castles, and each one narrates its own tale of old. Are you ready to listen to their stories?

The impressive fortress of Palamidi looms over the city of Nafplion, Greece’s first capital. It is vast, well-maintained and an exquisite example of Venetian fortification architecture in Greece. It was built in 1714 by the Venetians, in just three years, giving them a significant vantage point, since the visibility of Nafplion, the small fort of Bourtzi, the fortress of Acronafplia and the entrance to the gulf, is immaculate from its ramparts.

2. Palace of the Grandmaster, Rhodes Island

In 1988 UNESCO declared Rhodes a “World Heritage City.” This was mainly due to its castle and the medieval city built inside. This fantastic site is one of the largest and best-preserved castles in Europe and took its current form under the rule of the Order of Saint John knights, from 1309 until 1522.

Within the medieval walls of Monemvasia (Malvasia), you can discover one of the best-preserved castle cities in Greece. It’s most distinguishing feature is that the whole town is literally snuggled into a rock, less than a hundred feet off the coast. Dozens of churches, traditional houses, fountains, paved narrow streets are kept in remarkably good condition, giving off a pure and unique feeling of a medieval village. In addition to your medieval experience, no cars are allowed inside the castle.

The castle city of Mystras is an awe-inspiring experience. Ruined Byzantine churches and palaces, houses and bridges, built on a mountain slope, tell the story of the town that flourished as the capital of the Byzantine Despotate of Moreas and crowned the last emperor Constantine Palaiologos. Turks and Venetians took turns in occupying it from 1460 onwards until its release in 1821. Besides the majestic sights and knowledge you could gain from a visit to Mystras, it’s the feeling of walking in a vivid and exceptional monument, that you will ultimately take away with you.

The magnificent island of Chios features a unique village-castle of the Byzantine period (14th and 15th century), going by the name of Mesta. This UNESCO World Heritage Site has undergone but a few changes ever since. Its streets are very narrow, and the outer houses feature no doors or windows on the outside, effectively forming a castle wall! This type of fortress architecture was purpose-built for protection against frequent attacks by pirates and Turks. In the center of the village lies a defensive tower, a kind of Acropolis, which the inhabitants used as a shelter in case of attack.

The historical center of Corfu is dominated by its two fortresses. Along the east side stands the Old Fortress, while on the west side the New Fortress is built. The Old Fortress is masterfully built on a small islet and used to connect to the city with a wooden, mobile bridge. In the past, these two fortresses were linked by massive stone walls.

The Castle of Ioannina city is its trademark feature. Built by Justinian in 528 AD, it is one of Greece’s oldest castles. The tower of Bishop Thomas and a small part of the northwest citadel is what survives today from the original Byzantine fortifications. Its present form was created by Ali Pasha, who rebuilt it in 1815 almost from scratch. The castle is divided into four sections: the outer wall, the northwestern citadel (dominated by the Aslan Mosque), the southeast citadel of Itch-Kale and finally the actual castle town, the old, walled town of Ioannina.

The impressive Castle of Methoni in Peloponnese dates back to the 13th century. It was built by the Venetians to protect the city and was occupied by the Ottomans in 1500, who used it as the base for their mainland invasions. The castle features seven entrances and many constructions inside the walls, such as churches, Ottoman baths, and a ruined mosque.

Frangokastello is a case-study Venetian castle that lies on the south-west coast of Crete Island, close to Sfakia. This castle was built in 1371, and it is connected to an interesting legend. In 1828, local fighter Michalis Dalianis, along with hundreds of Cretans, entrenched themselves in the castle and fought the Turkish army. However, the battle was lost, and they were all slaughtered. Local legends claim that on the dawning of May 17th, the date of the fight, shadows emerge from the sea and walk towards Frangokastello. These are believed to be the ghosts of Michalis Dalianis and his fighters. Locals gave these ghosts the name “Drosoulites,” which means dew shadows.

Platamon’s Castle is a Crusader-built castle (constructed somewhere between 1204 and 1222) in northern Greece. It is located southeast of Mount Olympus, in a strategic position, controlling the exit of the Tempe Valley, through which the main road connecting Macedonia with Thessaly and southern Greece used to pass. The castle’s central tower (donjon), overlooking the highway, is in itself an imposing medieval fortress.

Of course, we have left out many more significant and staggering examples of medieval castle architecture, in this small sample. In fact, touring Greece’s castles and castle cities is a fascinating way of traveling the whole country, as these architectural jewels can be found literally everywhere!

PrevPreviousHydra, the island where there are no cars at all!
NextMilos Island, a volcanic piece of marvel in the heart of the Aegean!Next 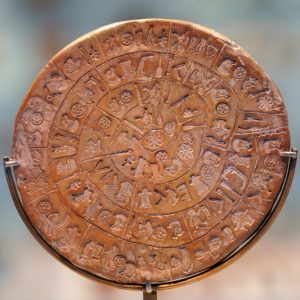 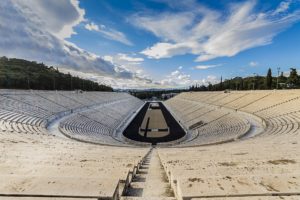 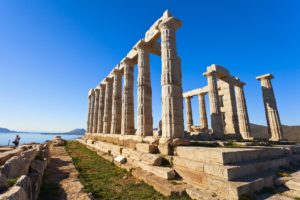